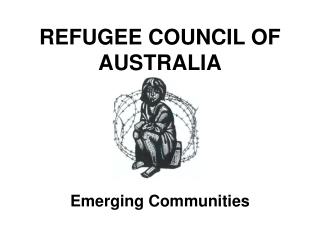 From Local Village to Global Village - . developing skills and broadening horizons for refugees from burma in a language,

The detention of unaccompanied minor asylum seekers in Ukraine - . photo courtesy of aleksandr

Roles of Government, individuals and groups - . in addressing refugees in australia. resettlement is often seen as a

Refugee blues by W H auden - . min su lee. learning objectives. what is happening in the poem? what poetic devices is

Refugee Advocate Movement - . the issue of refugees in