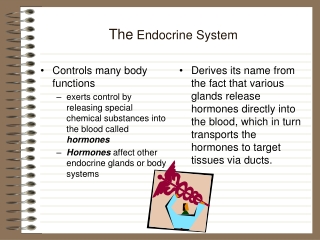 ANTIDIURETIC HORMONE - . adh is a hormone that controls the reabsorption of water molecules in the collecting tubules of