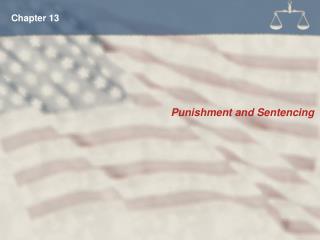 Chapter 13. Punishment and Sentencing. Past Punishments. Physical torture Branding Whipping Death. Historical Precedents. Banishment and exile in Greek and Roman societies Blood feuds settled offenses in the Middle Ages Forfeiture of land and property was common during the feudal period

Sentencing and Punishment - . sentencing. happens after a guilty verdict. happens also if a defendant pleads guilty

Chapter 12 Punishment and Sentencing - Goals of punishment. there are four traditional goals of

Unit 4 – Sentencing and Punishment Part 2 - Standard 14: students can describe the purposes and process of sentencing

SENTENCING AND CORRECTIONS - . chapter 15 pages 172 -186. why might one say that sentencing is the most important step in