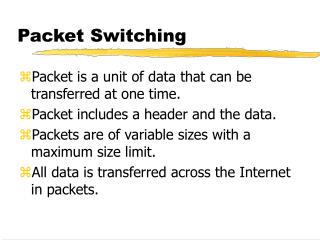 Overview of Circuit and Packet Switch

Packet Switching - . what is a network?. network: a collection of computers, each with its own unique id (address), so