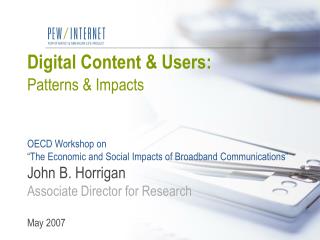 Basic facts about communication technology adoption in the United States

Basic facts about communication technology adoption in the United States

Understanding the Importance of SEO in Digital Marketing - Internet marketing is now content-driven, and this content is

Digital Precision - . by. digital precision. by. users…. sadie users love. … tools for the competitive edge. no