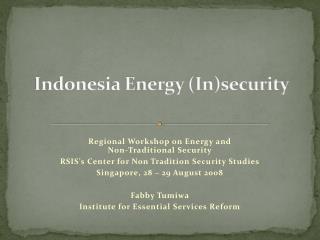 Energy security in japan - . the question of nuclear energy. question and response. is nuclear power the most reasonable

ENERGY SECURITY IN GERMANY AND POLAND - . by glenn d. roettger 11 september, 2007. research question. can germany and