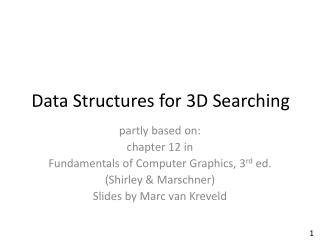 Graph Data Structures - . outline. in this topic, we will cover the representation of graphs on a computer we will

Intro to Computer Science I - . chapter 7 repetition structures the while, do-while, and for statements. program

Data Structures, Algorithms, &amp; Applications - . john barr. what the course is about. data structures is concerned