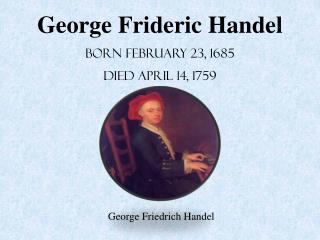 this is all about the life of G F Handel Handel - . close analysis and cadences. cadences . a cadence is a type of musical ending. it’s like a full stop or

Handel - . and the glory of the lord . learning objectives. to know the dates of the baroque period and to name popular