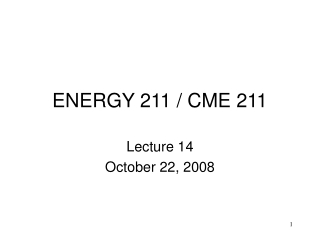 ENERGY 211 / CME 211. Lecture 14 October 22, 2008. Incremental Testing. Test as you go! Once low-level functions are tested, you know later bugs are in higher-level code NEVER EVER neglect to test even the simplest code (you WILL get burned!)