The Life of the Prophet Muhammad - PowerPoint PPT Presentation 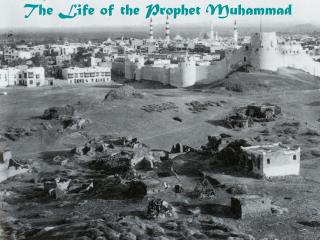 The Life of the Prophet Muhammad The Life of the Prophet Muhammad

PROPHET IBRAHIM (AS) - . ibrahim (alayhis salam) was a great prophet. when he was young, he lived among people who

Prophet Muhammad’s ( pbuh ) Parents - . the prophet's father who was called ' abd allah . he belonged to the quraish

The prophet Muhammad saw and quraish - . introduction. prophet was qurayshite , he was born in quraish clan, banu hashim