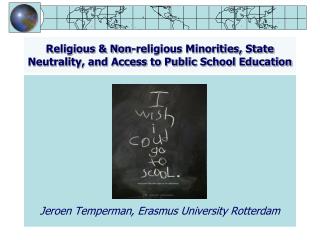 Traditional Religious Beliefs of the Igbo - . by: som ngeth and emily kobayashi. animism. the igbo people's religion was

“I’m spiritual, but not religious .” - . “sbnr.org serves the global population of individuals who walk a

RELIGIOUS BELIEFS PERTAINING TO HEALTH CARE (CHRISTIANITY, ISLAM AND JUDAISM) - . group ii. objectives. by the end of the

Religion in Chronicle of a Death Foretold : Catholicism - . religion is very important to the plot men in power

Religion - . religion as a social institution. religion: set of institutionalized beliefs and practices that deal with