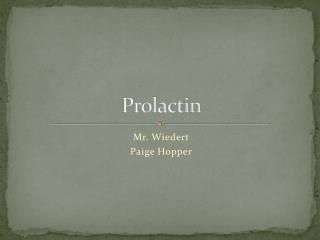 Practice Assessment: The Use of Serum Prolactin in Diagnosing Epileptic Seizures - . report of the therapeutics and

HYPERPROLACTINAEMIA - . hyperprolactinaemia results from excessive stimulation of the prolactin secreting cells in the

Hyperprolactinemia and Infertility - Objectives. 1- to discuss the physiology of prolactin.2- to define infertility. 3-