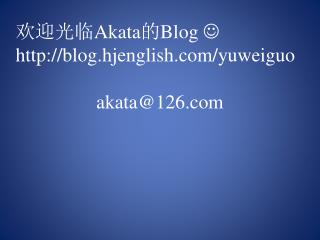 欢迎光临 Akata 的 Blog  http://blog.hjenglish.com/yuweiguo akata@126.com. Example of the Use of Linking Items. Why would you like to go abroad?. Blog - . the way you wish. what’s a blog?. at the simplest term it is a “website” it can be a personal diary, a

blog…blog…blog - . insights in emarketing, professor close technology is crucial to effective marketing! so, how do

BLOG - Human. ambivalence. blog. by: tyler amaral. good in humanity. all labor that uplifts humanity has dignity and

BLOG - . ■ a blog originally was a personal website meant to be like a diary or journal. ■ basically a type of