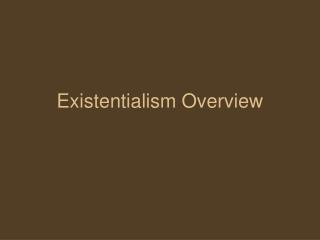 Existentialism Overview. Definition of Existentialism. a 20th-century philosophical movement; assumes that people are entirely free and thus responsible for what they make of themselves

My ADP Resource Employee Web Overview - . my adp resource: website overview. with just a few clicks, you can… view and