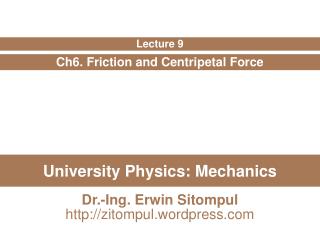 Cosmology and Particle Physics - . what we may learn from future physics experiments andris skuja university of

Introduction to Physics - . what is physics?.  physics is the study of how things work in terms of matter and energy at

Quantum Mechanics and the Higgs Boson - . a history of modern physics from 1901 to next week. . computer generated

Research on the Learning and Teaching of Physics: Overview and Perspective - . david e. meltzer department of physics