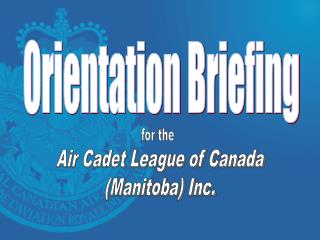 CANADA - . some people wanting quebec to be an independent nation is an example of…. regionalism. list three major

Air Cadet Radio Training - . welcome to this self teach package. it has been produced for use within the air cadet

Air Cadet Summer Training - . 2018. outline. what is air cadet summer training? what courses are available? who can