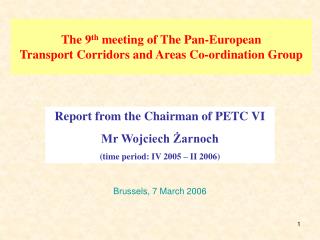 The 9 th meeting of The Pan-European Transport Corridors and Areas Co-ordination Group - . report from the chairman of

Co-ordination - . introduction coordination is one of the important management functions that helps to develop a

Kirpal Nandra On behalf of The Athena Co-ordination Group - . athena+ : revealing the hot and energetic universe. the hot

Objectives of co-ordination - . to ensure an effective humanitarian response in the health &amp; nutrition and

Co- ordination and Homeostasis - . nervous system summary to print. following the syllabus. describe the structure of the