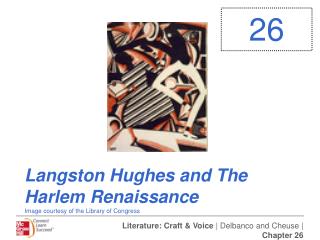 26. Langston Hughes and The Harlem Renaissance Image courtesy of the Library of Congress.

Langston Hughes’ “Harlem: A Dream Deferred” - A dream deferred: bronzeville at the crossroads from the black

Thank You, M’am by Langston Hughes - . review. 1. what is characterization?. the methods a writer uses to develop the

A Dream Deferred Langston Hughes - . lorraine hansberry titled her play a raisin in the sun after a line in this poem.