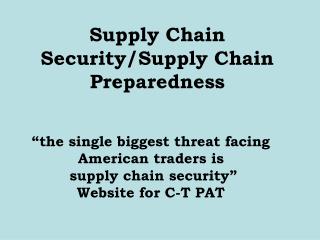 Prospering Through Collaboration and Supply Chain Visibility - . jointly sponsored by. our sponsors. “wmg is an

How can Blockchain Help in Supply Chain Traceability? - Traceability is the capability of finding out from where the