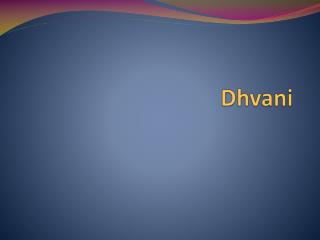 Dhvani. Dhvani. Echo – a good poem is one that haunts one after reading Taken from grammar In grammar – sounds of utterances which reveal the integral linguistic sign ( sphota ). Dhvani. Body of Srimad Bhagvatam - . 6 qualities of sb. sb is a conversation. sukhdev goswami and parikshit maharaj at banks of

Grammar for Grade 9 - . episode ii: parts of a sentence. what’s a sentence?. in order to be a sentence, a group of

Grammar PAGE 85 - . some words have more than one meaning and a different spelling. many people mix up the two words and

I Am Poem - . i am (two special characteristics) i wonder (something you are actually curious about) i hear (an imaginary

II. Famous Scientists - . a. scientist. what makes a person a scientist? “a scientist in a broad sense is one engaging

Intensively Ultrasonic - . an introduction to the clinical use of ultrasound in the critical care environment. dr.

We make the little things count ! - . kindergarten is my life. no whine zone. &quot;you can't scare me. i teach

What are Living things and Non-Living things? - . kate makson science kindergarten. learning objectives. students will be