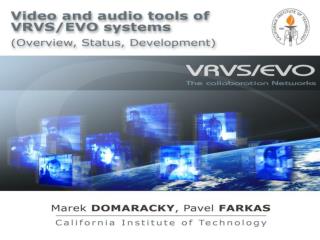 Audio Codecs - . dan mechanic cs w4995. why are there different codecs?. each trying to find the best balance, between:

Multimedia Networking - . net 432 advanced computer networks these slides have been adapted from those provided by kurose

On the Road to High Definition using Pinnacle Studio 12