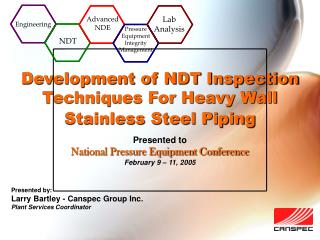 WELDING INSPECTION AND QUALITY CONTROL - . upon completion of this module you will be able to: identify the different

INSPECTION PREPARATION CPL 0106 - . nco’s. are responsible for supervising the preparation for an inspection.

Meat Inspection - . chapter 3 - pages 37-114. why do we need inspection?. about 90 diseases and parasites of animals can

Bespoke Bottle Holders & Soap Dispensers - Stylish, easy to clean with no water traps - made to last from top quality