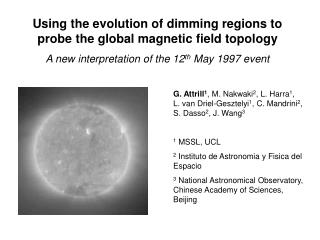 Components of MRI - . the strength of the magnet. the effects of magnetic field on loose objects. only mri compatible

Global Dimming - . first discovered in 1995… global dimming is the phenomenon that the amount of sunlight falling on