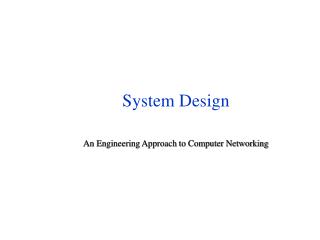 System Design. An Engineering Approach to Computer Networking. What is system design?. A computer network provides computation, storage and transmission resources System design is the art and science of putting together these resources into a harmonious whole