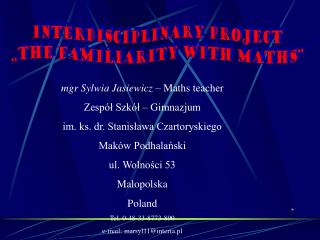 Teacher Self-Efficacy - . what elements constitute teacher self-efficacy, and what factors are associated with differing

Girls and Maths - . tom garner. aims of session:. to help you identify girls who will potentially underachieve from your