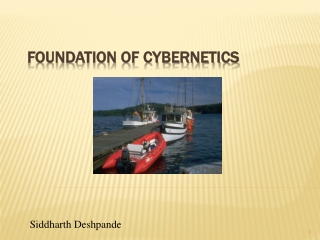 The Future of Wearable Cybernetics - . the wearable communication system by samuel reiter. in the future…. we can be

Introduction to Panel on Cybernetics and Policy Studies - . stuart a. umpleby the george washington university

AEG Foundation - . name title. the aeg foundation. advancing the science, scholarship and education in environmental and