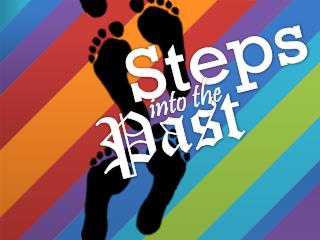 Taking Care of Your Mind, Body, and Soul - Do you want a healthy mind and body? of course you do, but did you know it's

Hess’s Law - . hess’s law of heat summation states that for a chemical equation that can be written as the sum of two

First Steps: Understanding Hepatitis C and What You Can Do About It - . august 19, 2008. what is hepatitis?. inflammation

Steps of the Scientific Method - . the scientific method involves a series of steps that are used to investigate a

In this presentation, we will: - Describe each step the compass model and show comparable steps in the irm. compass =

TEN STEPS TO GENDER MAINSTREAMING - . for country offices in the rbec region. exercise in 4 groups. cos that are

STEPS TO CIVILIZATION Unit 3 Social Studies 7 - . use your flip booklet to record notes!. look around you!. how did the

STEPS TO CIVILIZATION Unit 3 Social Studies 7 - . follow along using your booklet to fill in your answers. look around

Evangelism in Biblical Counseling - . ab abercrombie, ph.d. divine appointments. there are no accidents in the kingdom of