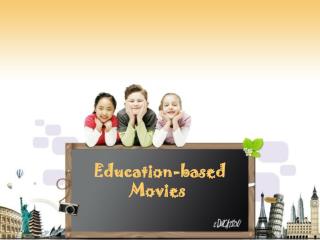 15 Popular Movies that Highlight the Power of Education To experience the actual benefits of education, it is really difficult through our normal degree of opinion. Thus, some of the movies brilliantly portrait the real benefits of training. Here are 15 movies that narrate some of the challenges confronted by teachers and pupils in the field of education. All these amazing movies help you to understand a lot about education.

15 Popular Movies that Highlight the Power of Education Someone said: (Point to ponder) - `knowledge is the thickest of veils', which prevents man from seeing the real nature of Dr. Ahmed Hankir Dr. Mark Agius - An exploration of how film portrays psychopathology: the depiction of ptsd in waltz

Chapter 12 Discrete Optimization Methods - . 12.1 solving by total enumeration. if model has only a few discrete decision

Health, Development and the Media - . carlos chirinos soas radio carlos@soas.ac.uk. about me. anthropologist from