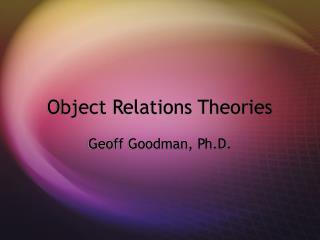 733A41 International relations theory - . per jansson fall 2014. course aims. on completion of the course, the student

Psychodynamic Theories - . key terms. psychodynamic theory – an approach to therapy that focuses on resolving a

14 Intergroup Relations - . as a social species, humans strive to establish close ties with one another. yet the same

Summary of Life Course Theories - . (a.k.a. the developmental theories). these theories. three categories of life course