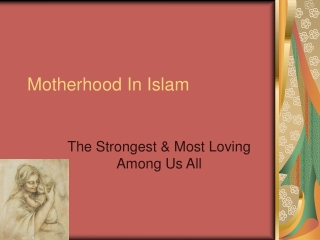 Motherhood In Islam. The Strongest & Most Loving Among Us All. Reason for choosing this topic. We want to know more what the Quran says about the mother and her role. What we like to know about this topic. Women who are mentioned in the Quran.