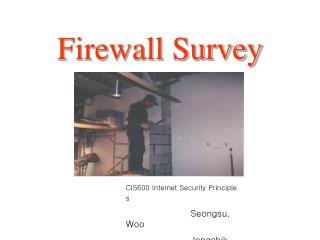 The Next Generation Internet: Unsafe at any Speed? - . ken birman dept. of computer science cornell university.

Guide to Firewalls and VPNs, 3rd Edition - Overview. identify common misconceptions about firewallsexplain why a firewall

apache with modsecurity - Outlines. what is a web firewall ?significance of web firewall.mod security as a web security

Internet Relay Chat - Security issues by kelvin lau and ming li what is irc? internet relay chat is one of the most