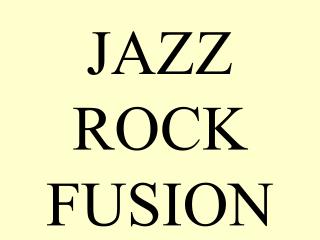 Rock and Roll History VIII - . bring on the noise. different

Smooth Jazz - . iris hedgepeth jonatahn. facts about smooth jazz. you can listen to smooth jazz in new york and san

The Blues - . u.s. history. quotes on the blues. “if you don’t know the blues, there’s no point in picking up the

JONAH-MAN JAZZ : A Cantata-Musical for Unison Voices and Piano: Words and Music by Michael Hurd - . [1] nineveh city was

Rock music - . research. overview of the genre. rock music is a genre of popular music. this type of music often has