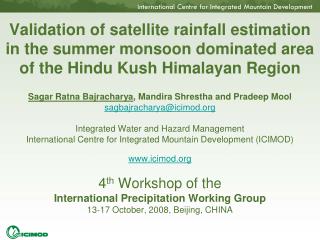 Health Status of Immigrants from Nepal in the United States: Preliminary Findings and Methodological Issues - . by