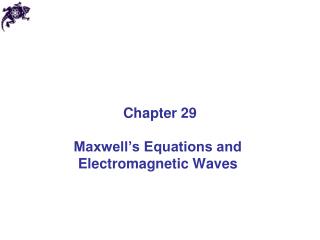 Maxwell’s Equations - . in the electric field e, and the magnetic field b , a charge q will experience a force: the