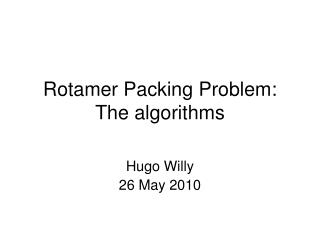 The Logical Structure of Algorithms - Algorithms steps necessary to complete a task or solve a problem. example: recipe

Genome Rearrangements: from Biological Problem to Combinatorial Algorithms (and back) - . pavel pevzner department of