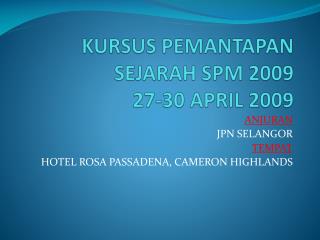 Neftegazstandart-2009 Kazan 9 September 2009 - . trends/drivers in international standards for equipment for the oil and

Cultural Assignment Due April 17, 2009 - . follow the writing skills and guidelines, p. 6 of syllabus. begin with the

Ahmad Tavakoly May 05 2009 - University of texas at austin. investigation of wave celerity ( c ) variations with time and

© 2009 Pankaj Ghemawat - What are the real gains from a successful doha round?. pankaj ghemawat wto workshop november 2,