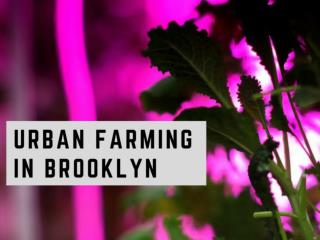 "Entrepreneurial farmers" are selected by Square Roots, an indoor urban farming company, to grow kale, mini-head lettuce and other crops locally in the Bedford-Stuyvesant neighborhood of Brooklyn. URBAN FARMING WORLWIDE - . what is urban farming ?. urban agriculture can be defined shortly as the growing of plants and

What is Urban Farming - Urban agriculture, urban farming, or urban gardening is the practice of cultivating, processing,

Concept of Urban Farming - The concept of urban farming is gaining popularity at an exponential rate. the concept of

Urban Gardening &amp; Farming in the North of Vienna - . 21 st district , vienna: floridsdorf. floridsdorf is one of

Daycares In Brooklyn - Our program has been carefully crafted for all ages, developments and abilities. we strive to have

Cancer in Brooklyn: - . a brief look at who gets cancer, who survives and what we can do to make this better. the

Roofers In Brooklyn - Was built up in 2016. we are glad to have a gathering of top experts and trained representatives

Locksmiths in Brooklyn - M&d locks and keys have the most advanced lockout equipment and tools in the business. if

Farming in Mesopotamia - . why did the first cities develop in mesopotamia?. mesopotamia had two natural resources that

Farming in China - . 1. which of the following are the major agricultural regions in north and northeast china ?. 2.