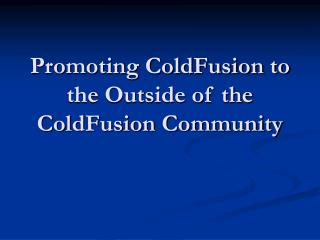 CARING COMMUNITY - . we’ve got a caring community at our school following the rules is a must we agree we’ve got a

Overview: A Sense of Community - . a biological community is an assemblage of populations of various species living close

Promoting Language Development from Birth to 5: in One Language or Two - . barbara zurer pearson university of