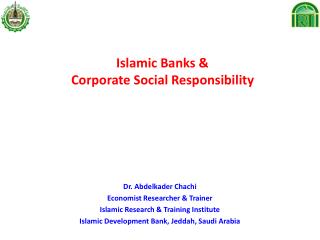 ISF 1101 Foundation of Islamic Finance - . topic 4. history and development of islamic banking and finance around the