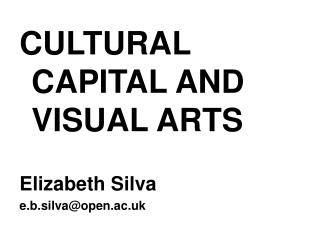 visual arts - Is a diverse range of  human activities  and the products of those activities; this article focuses

Visual Arts - . the artistic process. why children draw to communicate their own feelings, ideas and experiences and

Visual Arts - S4-s5 curriculum a further study of the junior course of visual arts. there are three learning domains: *

Visual and performing arts - . eld unit 2. lesson objective. students will use adjectives to discuss how instruments