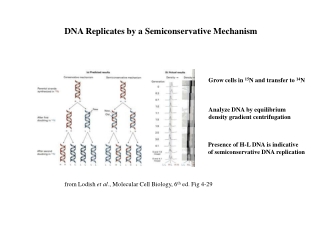 DNA Replicates by a Semiconservative Mechanism

DNA Replicates by a Semiconservative Mechanism