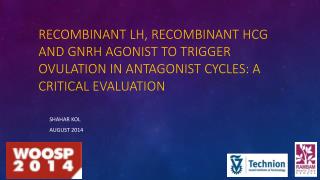 Follicle RX - Is a repair system that helps to vitalize damaged hair. follicle rx pills is designed specifically for

An Introduction to Cost of Poor Quality - . copq. course content. background what is waste? what is copq? why is it

Ovulation - Each month, a mature egg is released from one of a woman's two ovaries -- this is called ovulation.

E-BANKING FOR THE POOR: A CASE STUDY OF SRI LANKA - Sirimevan s. colombage professor of social studies the open