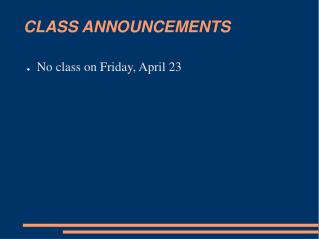 Lecture 3 : Introduction to SQL - . september 29, 2014. announcements. there are good videos. watch the sql video. there

Announcements - . class / recitation slides available on the syllabus page check morning of for latest version we will