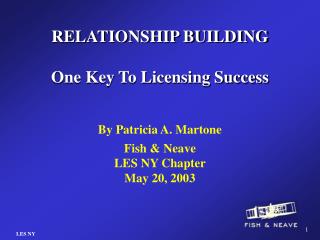 RELATIONSHIP BUILDING One Key To Licensing Success. By Patricia A. Martone Fish & Neave LES NY Chapter May 20, 2003. My Perspective Is Based On My Personal Experience.