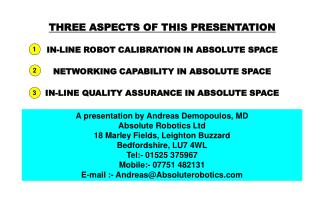 Robotic Space Explorers: To Boldly Go Where No AI System Has Gone Before - . a story of survival 16.412j/6.834j september

The Age of Absolute Monarchs - . spain, france, england, and russia. the golden age of spain. the hapsburg rulers of

The Age of Absolutism 1550 - 1800 - . focus question what events led to the rise of absolute monarchies in europe?. what

Proof of Concept - . wayside access level i. what is a proof of concept?. a prototype of a tool or group of tools that