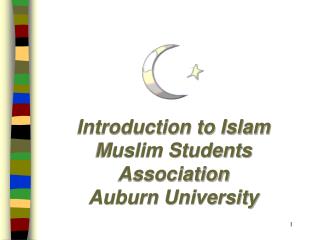 Introduction to Islam Muslim Students Association Auburn University. ISLAM. Islam is the name of the religion. The root of the word Islam comes from SALAM which means peace.