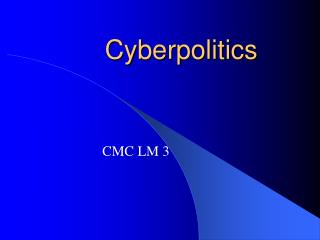 Chapter 11: The Media and Cyberpolitics - . objectives : identify the major functions performed by the mass media in our