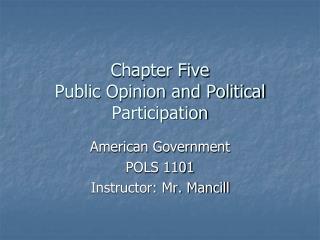 Chapter Five Public Opinion and Political Participation American Government POLS 1101 Instructor: Mr. Mancill What Americans Think About Politics What we think about politics is important because it determines how we act politically.