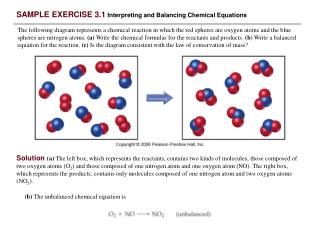 Balancing Redox rx 8-2 - . steps to balancing in an acidic solution. write half-reactions without including electrons.

Balancing Equations - . in this presentation you will:. explore how equations are balanced. next &gt;. introduction.

Balancing Equations - . subscripts and coefficients . the subscript indicates how many of each kind of atom exists. there

Lipids - . more types of lipids…. waxes: esters of saturated fatty acids and a long-chain alcohol; each with 14-30