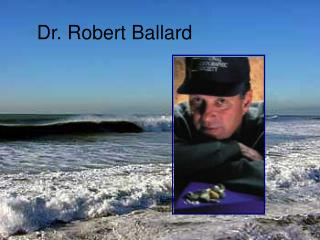 Dr. Robert Ballard When Robert Ballard was young, his favorite book was 20,000 Leagues Under the Sea. He admired the hero, Captain Nemo. He wanted to go where no one had ever gone before. The book inspired him to become an explorer. Captain Nemo

Dr Robert Kinmond - . starting a phd personal experience. how do i find “the right area”?. there is no right area

Dr. Robert Hagmann - . what is a reference architecture and what are we going to do with it?. www.coral8.com. flow.

Dr. Robert Schuller - Is the internationally televised ministry which have many offices in the different countries such

DR. ROBERT MILNER - Medicine on the move. the rise of quantified self — how people are using mobile technology for